Learn more about our Natural Ingredients

For thousands of years people have been using the healing power of nature. Knowledge that has been passed down through generations and is now for the most part scientifically proven. Today we can draw from a rich source of regional and exotic plants such as Pelargonium sidoides, the so-called South African Geranium. It has a proven antiviral effect and supports the immune system in fighting colds and various influenzal, viral respiratory diseases and shortens the duration.

In FreeSpiraX™, we have combined Pelargonium sidoides with various medicinal plants that act specifically on the respiratory tract – an optimal combination – to get through cold and flu season. Because especially in the colder seasons, our body needs support to stay healthy and to fight infections. 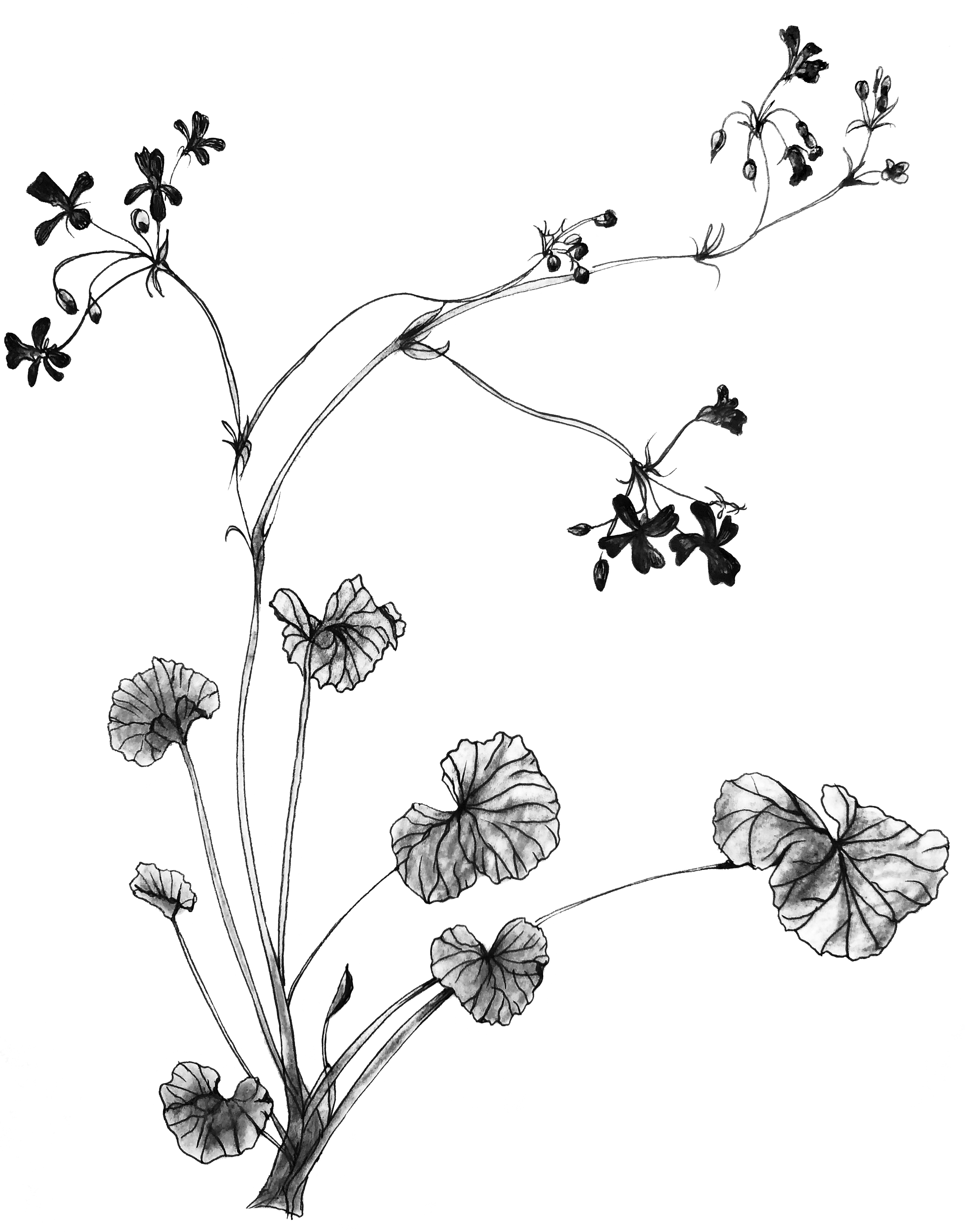 This drink made out of the root of Pelargonie sidoides was called ‘umKhulkane’ in the Zulu language. Which means ‘discomfort/illness of the lungs’ or ‘severe cough’.

In 1897, the young English Major Stevens travelled to South Africa, as the climate there was supposed to have a favourable effect on his pulmonary tuberculosis. A Zulu medicine man treated the young man for three months with a mysterious root brew, which actually led to his cure.

Major Stevens was so enthusiastic that he then brought the drug to England, where it was used for a long time under the name “Stevens’ Consumption Cure” as a remedy for tuberculosis. Pelargonium sidoides was then extensively researched in Europe and its positive effect on respiratory diseases in both adults and children was confirmed by numerous studies.

Today, the extract from the roots of Cape Pelargonium is, among other things, used for acute bronchitis, sinusitis or tonsillopharyngitis and is valued for its positive support of the body’s defences against viruses and bacteria. 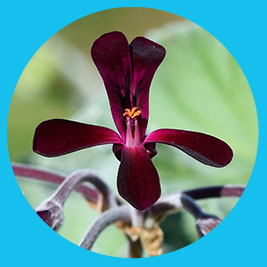 Eucalyptus oil, especially the cineol, has many health-promoting effects:

The up to 60 m high eucalyptus tree originally comes from the homeland of the koala bears – Australia. The small marsupials love to eat the aromatic leaves of the eucalyptus and rest in the tall tree’s branches. Nowadays, eucalyptus can be found in almost all warm climatic regions of the world. The tree belongs to the family of Myrtaceae and comprises more than 500 species. Eucalyptus globulus is a true survivor. It requires hardly any water, tolerates great heat and even sprouts again after devastating bush fires. The evergreen tree has been known as herbal remedy for thousands of years and is used for a wide range of ailments. The Aborigines, the natives of Australia, not only made the didgeridoo, a well-known instrument, from the trunks, but also knew the healing power of the plant and used its oil for fever and infections. Today, eucalyptus is considered a miracle cure for colds. Its essential oil helps with diseases of the upper respiratory tract such as bronchitis, or rhinosinusitis. Eucalyptus oil has positive effects on coughs, hoarseness and sore throats and even fever.

In addition, eucalyptus oil can relieve the feeling of pressure in the head that often accompanies a cold. Applied externally, the oil also promises relief, e.g. with rheumatic complaints or muscle pain. The medically effective part of the tree are its leaves. They contain 1.2 to 3.5% of essential oil, which is obtained by steam distillation. The essential oil consists mainly of 1,8-cineol. Cineol dissolves the mucus from the bronchi and paranasal sinuses. At the same time, so-called cilia are activated, which facilitates and promotes expectoration.
In this way the medicinal plant helps to clear the airways and make breathing easier. In addition, the cold receptors in the nose are stimulated, giving the feeling of a free nose.

Cowslip is a plant native to Europe, whose area of distribution extends from Western Europe to Western Asia. It is a wild herb that is common in Germany and neighbouring countries. It is an early-flowering plant that can often be found in dry locations such as poor grassland, slopes, regions with sandy soil and older wastelands. In the mountains, Primula veris can occasionally be found up to 2,000 metres altitude. For many years, cowslip has played an important role in naturopathy in the treatment of sinusitis or stubborn colds. The saponins contained in this plant locally irritate the gastric mucosa, which provokes a reflex, increase in bronchial secretion, and subsequently dilutes the mucus and reduces its viscosity. 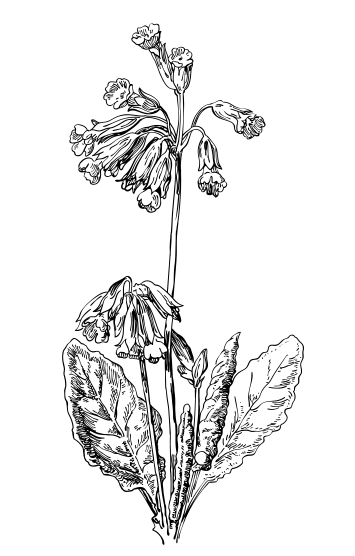 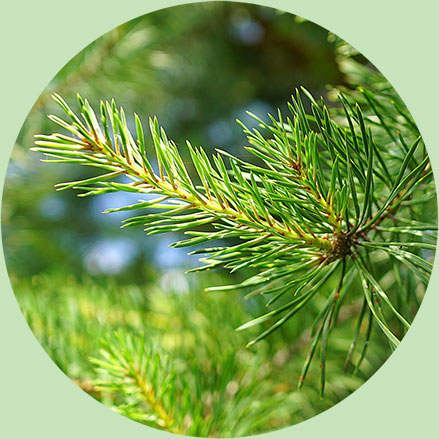 As a species-rich genus, pines are native to the entire northern hemisphere. Pinus sylvestris is found in almost all parts of Europe and Asia, crossing the Arctic Circle in the north and reaching the steppes in the south. There these trees are common in the mountains and can be found at altitudes of over 2,000 m. Pines are light-loving, but otherwise undemanding trees. Sandy and stony regions, as well as moors are also suitable soils for Pinus sylvestris. Already in ancient times, pine played an important role as a supplier of substances for pharmaceuticals.
In the 19th century Pinus sylvestris was used in North America to induce perspiration and thus to help break a fever. Traditional uses have included cough, asthma and bronchitis. Today, the properties of pine are still used in medicine and naturopathy to produce ointments, oils, plasters, cough syrups, cough drops and teas. The essential oil from pine, which is obtained by distillation, helps with colds and bronchitis. Its expectorant and antibacterial properties relieve the symptoms of acute bronchitis, persistent cough, sore throat, hoarseness and stuffy nose. The substances contained in the oil dilute the bronchial secretion and at the same time promote expectoration. The oil also inhibits the growth of bacteria. 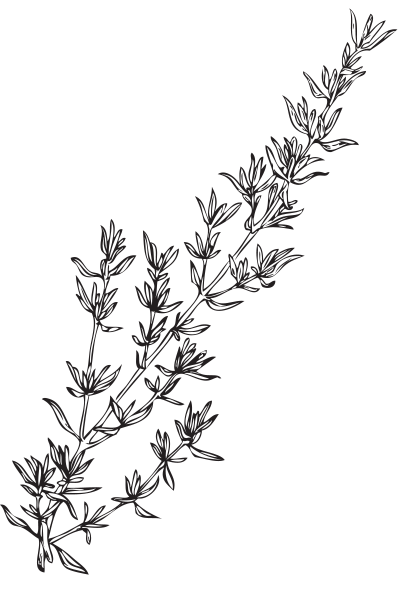 The common thyme originally comes from the Mediterranean countries in the south of Europe. The plant is frequently found in the south of France, Italy and Spain. It grows on barren and stony ground under dry-hot climatic conditions. In the course of time, thyme has been introduced to many parts of the world and cultivated there, mostly for medicinal reasons. Nowadays, real thyme can be found in many parts of Germany in the wild. Thyme mainly obtains its medicative effect through the thymol contained in the volatile thyme oil. Already the ancient Egyptians used thymol for the conservation of mummies. Its germicidal effect prevented decomposition and decaying processes. In natural medicine, the plant is considered an excellent medicinal herb that can relieve colds, coughs and stomach ailments. Thyme promotes expectoration and clears the airways. It is known for numerous of effects beneficial in fighting respiratory tract infections.

Propolis is a resinous, sticky mass produced by bees. First, resin from various trees is collected and transported to the beehive. There, the bees add pollen, saliva and wax to the resin and chew the mass vigorously. The term propolis is made up of the Greek words “pro” and “polis”, meaning “in front of the city”. Figuratively speaking, the term can be understood as “protector of the city (or beehive)”, because the bees produce propolis to seal the beehive. The sealing of the hive is not only physical, but also against pathogens. All areas in the beehive at risk of infection are embalmed with propolis. This prevents bacteria, fungi and viruses from spreading. This way, the bee colony can be protected against infections.

Propolis has been known for thousands of years as an effective, natural remedy that can be used in many different ways, both as a wound healing agent or natural antibiotic. Even in ancient Egypt, people used it to disinfect wounds and mummify the dead. The Incas used the resin to cure feverish infections. The main ingredient in propolis is resin. In addition, it contains waxes, pollen, essential oils, organic substances and minerals. Propolis is rich in vitamins and trace elements.

The organic and mineral substances contain among other things:

But the health-promoting effect of the resin is due to its high content of flavonoids.
Propolis is widely known for its healing effect and used in naturopathy for various health problems. The area of application ranges from respiratory tract infections and inflammation of the mucous membrane to inflammation and injuries of the skin. For colds, that announce themselves through a runny nose or a scratchy throat, propolis can help at the first signs to kill the pathogens. Propolis can stimulate and strengthen the immune system and support the body’s natural resistance to infections, making us fit for “cold season”. The beeswax acts like a protective barrier for the body, which simply does not let bacteria and co. through. 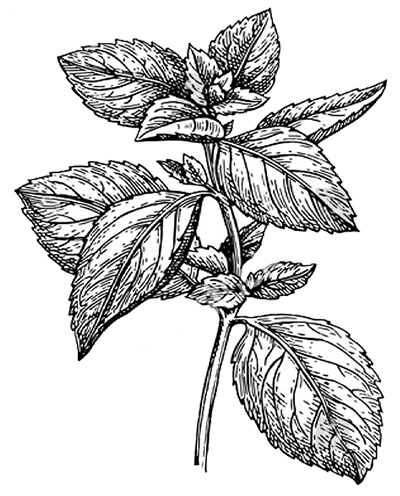 Peppermint probably originates from East Asia. It is a natural hybridisation between water mint and green mint. In Germany, the plant has been known since the middle of the 17th century. Today the plant can also be found wild in many countries and is preferably found in humid or swampy locations. Important growing areas include Greece, England and Spain. Peppermint is probably one of the best-known herbs. Not only for seasoning food, but also as an important medicinal herb. Peppermint oil has been proven helpful in the relief of cold and flu symptoms, with few side effects. It is expectorant and antimicrobial. Peppermint soothes scratchy throats and is very helpful against cough.